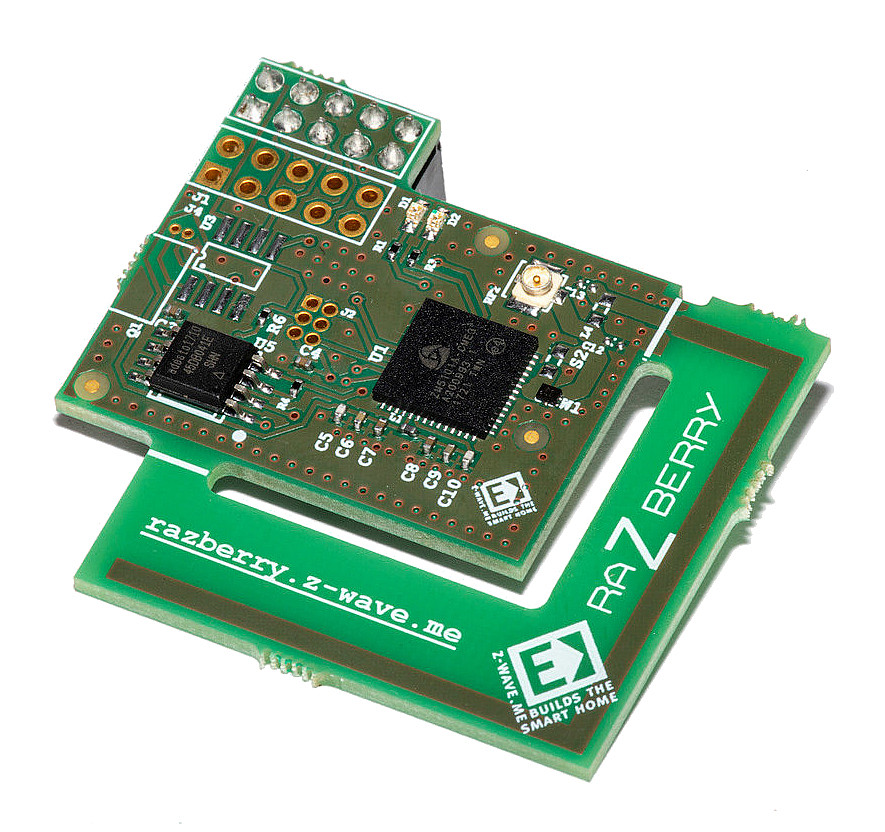 The daughter card hosts a Sigma Designs ZM5101 Z-Wave transceiver module (a so called 5th generation Z-Wave module), an external 32 K SPI flash for network data and a PCBA antenna. Additionally two LEDs are used to indicate certain status of the Z-Wave controller chip. Beside the PCBA antenna there is an option to solder a U.FL connector for external SMA antenna.

The power consumption of the board is typically 18 mA at 3.3 V but can peak up to 40 mA when the chip is transmitting.

RaZberry comes in three different versions depending on the transmitting frequency used:

Please check what frequency range you need. You may need to change the frequency within the frequency group using a shell script tool or Z-Way. For more information about technical data an the different operating frequencies please refer to the RaZberry manual.

Which RaZberry version do I have?