The Z-Wave sniffer (Zniffer) and Advance Radio Tool (A.R.T.) lets installers avoid the costs doubling. A.R.T. is the must have tool for installers allowing them to:

Zniffer/A.R.T. can work with any Z-Wave controller: Z-Way, Fibaro Home Center, Yubii, Vera, Smart Things, Zipato. It can be complemented with the Z-Way network diagnostics tool or work as a standalone tool. With Zniffer/A.R.T. an experienced engineer can do remote assistance to a junior colleague and instruct how to solve on-site problems.

A.R.T. can decode secure packets (network key need to be learned from the primary controller by including into the network or by exporting keys), parse received Z-Wave command, construct and send Z-Wave commands.

Check the Zniffeer / A.R.T. manual and a step-by-step installation guide. 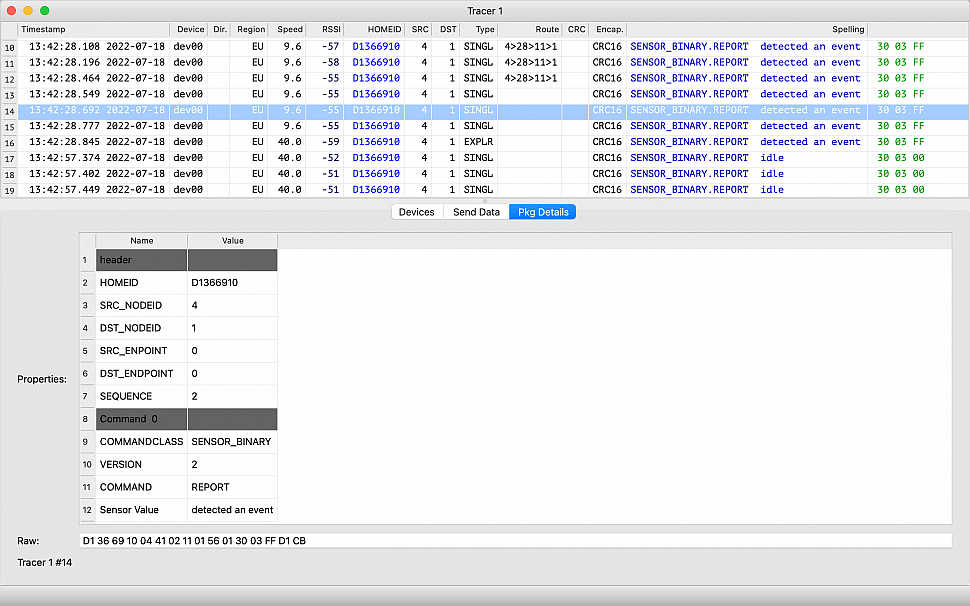