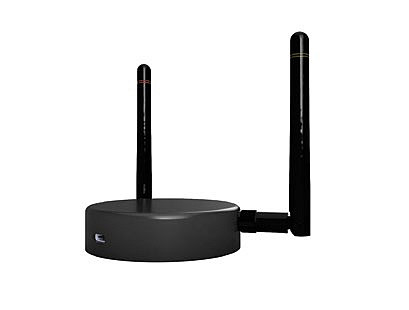 Z-Station is a Z-Wave and Zigbee USB adapter. A controller software compatible to the Silicon Labs Z-Wave Serial API (for example Z-Way) and Zigbee NCP is required to use the functions of the device.

The device implements two virtual serial interfaces used by the Z-Wave and Zigbee / Thread / BLE application respectively. Linux and Mac OSX has a built in device driver for the stick and will create a new device named like /dev/ttyUSB* (Linux) or /dev/cu.SLAB_USBtoUART (OSX). Windows enumerates a new COM port device but might require a device driver by Silicon Labs.

Compared to the standard firmware design used by almost all Z-Wave USB Sticks and other Z-Wave Host Interface hardware, the this device firmware offers several extensions and enhancements:

Z-Station adapter comes in two different versions depending on the transmitting frequency used: